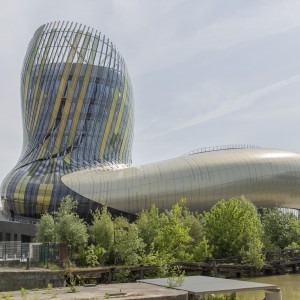 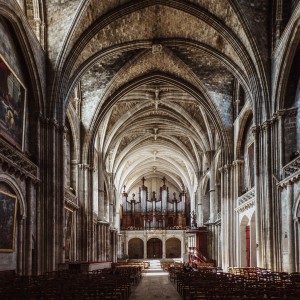 Bordeaux is a southwestern city of France. There are a number of museums, cathedrals, historical buildings and more. This city is also known as “Port of the Moon” because it is located on the beautiful curved side of Garonne river. Bordeaux was listed as a UNESCO world heritage site due to architectural treasures and historical monuments. There is a lot to do in the city whereas some places should not be missed.
Musee d’Aquitaine (museum of Aquitaine)

Museum of Aquitaine has a huge collection of artifacts including 2nd century BC gold coins, statue of Hercules from 3rd century and a 25000 years old artifact named Laussel Venus. Museum collection also includes the monument of Montaigne tomb from 16th century. It was placed at the entrance of the museum. There is a lot to see in the museum including sculptures of famous people.
Cathedral Saint- Andrew

Cathedral of Saint Andrew is declared as a UNESCO world heritage site. It was constructed during 12th century and it was a part of medieval pilgrimage route of Saint James trail. The most famous thing about this cathedral is the annual festival named Bordeaux International Organ Festival. Organists from all over the world perform in this festival.
Place de la Bourse

This former stock exchange and a pavilion of beautiful building was constructed in the 18th
century. 20 years were spent to build this amazing piece of architecture. It overlooks the Garonne River that makes it appear more beautiful in the evening. This is listed in UNESCO world heritage site.
Basilique Saint-Michel

Amazing gothic style basilica is listed in UNESCO world heritage site. It took two centuries to be built from 14th to 16th century. The architecture style of this building is known as the “Rayonnant Gothic” it was a French style of gothic architecture from 13th century.
Musee des Beaux Arts

You can learn about marvelous history of art in Europe through Musee des Beaux Arts. It is located in one side of town hall at a wonderful garden. Museum collection contains art from 15th century to 20th century. There are masterpieces of Veronese, Matisse, Delacroix, Rubens, Picasso and many others in the permanent collection.
Place des Quinconces

This beautiful square and fountain was built in the 18th century. It provides amazing views of the waterfront. The original fountain was ruined in WWII and restored later. It also contains statues of Montaigne and Montesquieu. There are streets, cafes and a beautiful public garden that you can visit.
Palais Gallien

This was the amphitheater during 2nd century, the Gallo-Roman era. It has a capacity of 20,000 people. They used to visit and watch Roman games, fights with live animals and gladiator combats. It is located outside the city center.
Cite du Vin

This is a futuristic and ultra-modern cultural center that is entirely designed about wine. This is a high tech place that teaches the history and processes of wine making around the world. Wine lovers can spend hours at this place.
Bordeaux is one of the famous tourist destinations. It is in the travel list of many tourists all over the world.